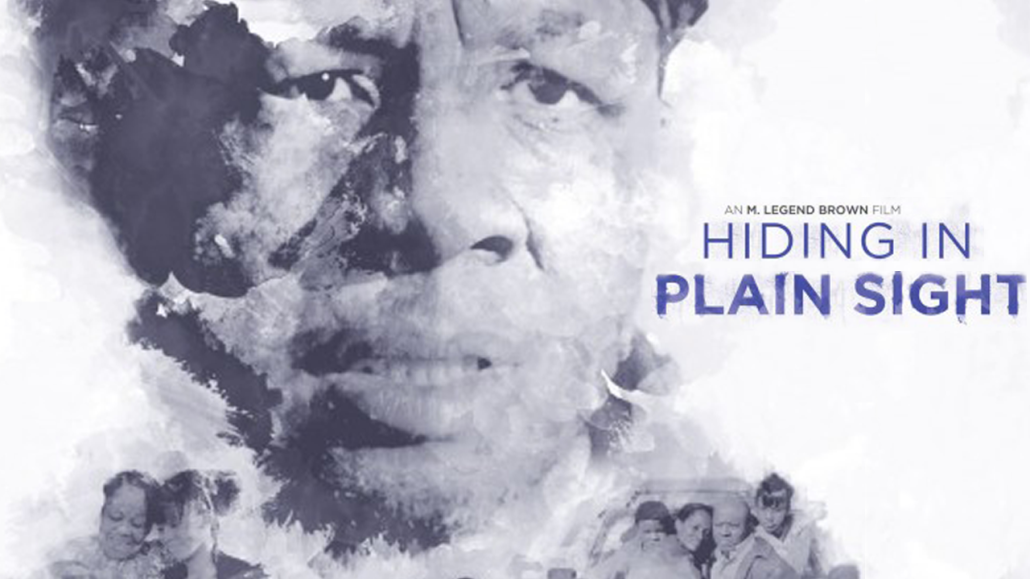 Alamo Drafthouse-Village to screen the first of the 2013 TAFF award winning films on November 12 at 7 P.M. for just $5.00

Austin, Texas (November 5, 2013)-The Attic Film Festival (TAFF), the only local Christian film festival in its seventh year, announces the kickoff of the annual TAFF Soul Series with Hiding in Plain Sight. The film will be accompanied with Q& A with filmmaker and renowned Christian writer, director and producer M. Legend Brown. The first of the screenings will take place at the famous Alamo Drafthouse- Village location on November 15, at 7:00 P.M. The films screened for the Soul Series are a few of the 2013 TAFF award winners that will lead up to the annual film festival on April 4-5, 2014. And, for a mere $5.00 per person, these worldwide popular Christian films can be viewed at Alamo Drafthouse and other Austin venues. Proceeds go to support Life Impact International. For other films in the series, the 2014 Film Festival, and for ticket purchase, visit TAFF’s website at www.atticfilmfest.org.

“We are extremely pleased to announce the kickoff of the TAFF 2013 Soul Series screenings at the Alamo Drafthouse-Village in November and provide the greater Austin area with an inexpensive entertainment that leaves audiences with a Christian message,” says Jamee Kennedy, The Attic Film Festival Executive Director. “Equally exciting is that we will have the director of the film M. Legend Brown and much of the cast in attendance for Q&A,” continues Kennedy.

“I am honored to be a part of TAFF Soul Series and a recipient of the 2013 TAFF Best Film Award”, says M. Legend Brown, Director of Hiding in Plain Sight. “TAFF is a wonderful Christian film festival and among the most important festival for Christian filmmakers to showcase independent, real Christian messages through the art of film. The passion and dedication that Jamee and her staff of volunteers does is simply extraordinary, and the Austin Christian Community should be honored to have such an amazing group providing them access to God’s Word in this medium,” says Brown.

“Not only do these films represent the best of The Attic Film Festival, but they give a glimpse of what is to be expected for next year. For the 2013 film festival, 89 films were submitted and we anticipate receiving around the same amount of films to be submitted for 2014. The 2014 (TAFF) Film Festival begins April 4-5, and will screen selected films for the public at the new Alamo Drafthouse- Lakecreek,” says Kennedy.

The Ride, and What If, Director Dallas Jenkins
The Ride – 2013 TAFF Best Film, Best Short over 10 min, Best Directing Award
What If? – 2013 TAFF Family Film Award
What If – God gives Ben Miller, a high-powered business executive a glimpse of his life had he taken another path. But it is up to Ben to decide which path he must ultimately take. PG. December 9, 7P.M., Alamo Drafthouse-Village.

Crossroad, Director Shervin Youssefian
2013 TAFF Best Feature, Best Screenplay, Best Performance
Twelve strangers come together to realize that their lives are connected and they are all part of a bigger plan to help save a man’s life. Q&A with director. PG-16 viewer discretion is advised. February 3, 7P.M. Alamo Drafthouse-Village.

About The Attic Film Festival (TAFF)
The Attic Film Festival (TAFF), a Christian based film festival, headquartered in Austin, Texas was formed from humble beginnings at Grace Covenant Church in Austin where the Youth Group was challenged to express their faith cinematically. TAFF, a non-profit 501-C (3), was established in 2007 and opened the festival screening with 12 films and 4 volunteers. Since then, the TAFF award winning films have gone on to receive worldwide recognition including Academy Award nominations. TAFF supports and empowers independent filmmakers to spread Christ’s message through film. It is TAFF’s sincere prayer that the films screened will honor Christ and His message of forgiveness and love for all and bless those watching them. Visit www.atticfilmfest.org

About Producer, Writer and Director M. Legend Brown
Legend, a self-taught filmmaker was hired by Milkshake films in 2002 to write and direct their feature film titled “Against the Grain” which they self-distributed 10,000 units. In 2004, M. Legend and his partner Eric A. King formed their own film company, Poorchild Films.” M. Legend decided to produce his first digital short film in 2007 under his new company titled “Dymora” hoping to showcase his writing and directing skill. Poorchild Films now has 8 films over the past seven years. In 2012 M. Legend completed his debut feature film under his new company Poorchild Films titled “Hiding in Plain Sight.”

About Hiding in Plain Sight
Darius and Josie Blackman struggle to keep their family safe and together after serious financial difficulties. After living in their car, Darius’ once unshakeable faith begins to crumble. See attached synopsis for additional information.

About TAFF Submissions
TAFF welcomes any filmmaker to compete in the 2014 TAFF who has a film that explores, explains, or exemplifies the Gospel of Christ or whose film examines redemptive themes of the Bible (such as self sacrifice, forgiveness, etc.).  TAFF submissions deadline is February 1, 2014 and will be held on Friday night April 4, 2014 thru Saturday night April 5, 2014. Filmmakers should complete a submission form and send two copies of a DVD of the film. Submission fee is $17 USD and cash awards will be offered in a variety of competitive categories on the final evening of competition. Visit www.atticfilmfest.org/taff-2014-submission-information.

About Life Impact International
LII is an international ministry that loves and rescues trafficked children and young adults throughout the world. The vision is to Impact the World…One Life at a Time with the love and power of Jesus Christ. Read more about this wonderful ministry at www.lifeimpactintl.org. A portion of the film’s proceeds go to benefit this wonderful ministry.