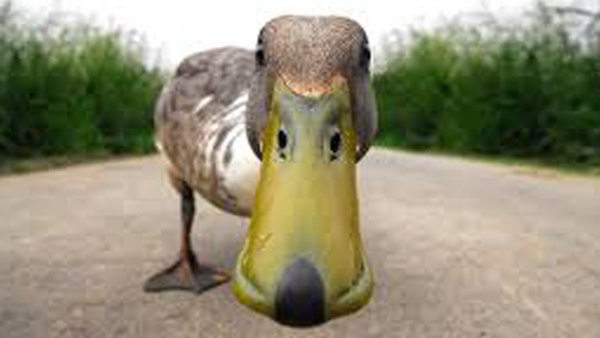 So here’s a question. Why aren’t there more Christian comedies? What? God doesn’t have a sense of humor? Nothing funny ever happens to Christians? God created humor. He loves when we laugh. There are zillions of scripture references for joy and laughter. Even Issac’s name means “He laughs.”

Laughing is good for the body and the soul. I love to laugh. Most of my life is pretty dang funny. Hysterical stuff happens to me all the time. Like the time I went paddle boarding on Town Lake and this goofy duck hopped on my board and hitched a ride all the way to the Mopac bridge. I had folks coming up to us and asking if he was my pet duck! I have witnesses for that.

Families and friends that share in funny moments are cemented to each other. My son and daughter can recite Monty Python and the Holy Grail, accents and all, in its’ entirety. The family has heard all two hours of it on many a car trip. Trust me when you are driving through West Texas, by the time you get to Pecos, Monty Python becomes hilarious. Road signs are funny in Pecos. No offense to anyone in Pecos.

Watching my husband and one of his best friend’s banter is like watching Robin Williams and Jonathan Winters. When they start riffing no one can breath we’re laughing so hard.

Folks relax and walls come tumbling down when laughter is shared. When a film is funny, all kinds of discussion can happen. People naturally want to share in the comedy and connect. There is a natural affinity toward people you do not know when you are watching something funny. Here is a case in point. This summer my husband and I were blessed to attend a taping of The Late Show With David Letterman. The folks sitting next to us were strangers from Pennsylvania and New Jersey. By the end of the experience we were friends sharing our lives with each other and we were able to tell them about our church and this ministry. Laughing together at the same thing was the common ground.

The Cohen Brothers film, Oh Brother Where Art Thou? is another example. This film has strong Christian roots but it’s also really, really funny. It’s an homage to The Odyssey. But it has plenty of gorgeous down-home Gospel music, a baptism scene, open talk about salvation and the Bible, wonderful, quirky, strange characters and some of the funniest moments ever to grace the cinematic screen. The film was beloved by Christians audiences for its’ message of redemption, wonderful music and abundant humor.

The TAFF 2012 season included a film called Rogue Saints. This film is a light-hearted look at Christianity and how it can sometimes look to non -believers. There’s a fun scene where a guy who has lost his faith is trying to explain to another non-believer about the Holy Trinity. It’s hysterical. It had the audience guffawing. (Now there ‘s a funny word). But you know what? That film sold tons of copies. It won the TAFF Family Favorite Award and several more awards at three more Christian Film Fests. Why? Because it is very, very funny and it’s message is all about the Gospel. It’s silly. But it also has such a sweet spirit to it. The church family in this film is so endearing . . . and funny. As they help the two outsiders understand how much God loves them they gently fold these two young men into their church community. Does it get any better?

This year we have a sponsor who wants to create a Comedy Award. He is willing to put up good money for the film that wins this award. I had to tell him that we just don’t get very many comedies (we’ve had 2 submitted to date in almost 7 years) and that it will take awhile for filmmakers to catch on.

So . . . why aren’t there more Christian comedies? Why so few Rogue Saints-like films? We, here at TAFF, are issuing a challenge. To borrow from Field of Dreams, “If you make them, they will come.” So, come on Filmmakers. How about it? Are you in?